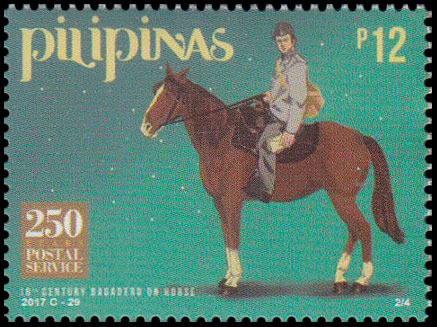 November 6, 2017 PHLPost issued a series of stamps in honor of the 250th anniversary of the country's postal service (4 stamps and a souvenir sheet). One of the series's stamps depicts the horse postal service of the 19th century.