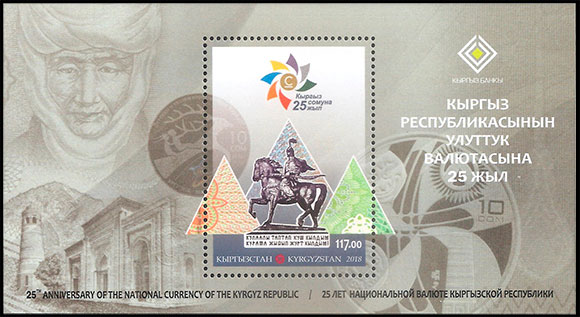 On April 7, 2018, the Post of Kirghizia issued a stamp sheet to commemorate the 25th anniversary of Kyrgyzstan national currency.

It had been 25 years in 2017 since Kyrgyzstan put Som, it's national currency, in circulation.

A monument to the national hero — Mighty Man Manas, who as per an epos united the Kirghiz into a single nation, occurs in the center of the front side of the note. Images of a few coins and fragments of some banknotes' design are scattered around on periphery.

The image of a monument to Manas was not a random pick for the commemorative banknote and the stamp sheet. The Mighty Man Manas is the most famous national hero and a symbol of national unity.

The monument to Manas the Generous was installed on Ala-Too Square in Bishkek on August 31, 2011. Sculptor Bazarbay Sydykov chose to show the hero on a standing horse, his left hand holding a sword in a sheath, and his right hand raised in a greeting gesture. 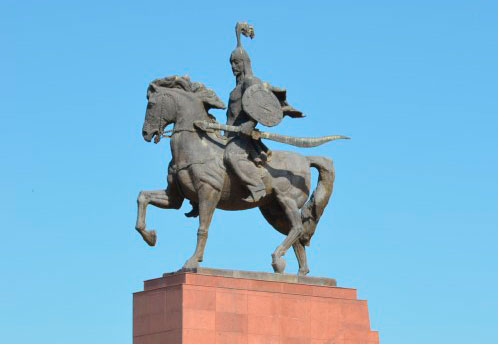